skip to main | skip to sidebar

How to improve the battery life for IBM laptop?

Occasionally, I opened the Configuration software of my laptop IBM Thinkpad T42 series and make a recondition with ibm laptop battery（Actual, it is a charged and discharged course of a notebook itselfe），After it, it's surprised to me that the battery life is almost up to one hour. It's wonderful.

The recondition course as below:
1. Firstly, download a management tool software of Thinkpad, then making these below operation steps.

2. Below these photos in series, which shouldn't need to extraly explation explanation. 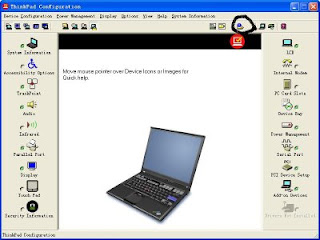 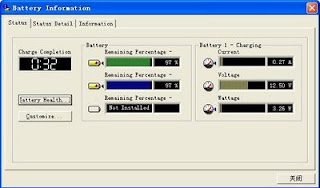 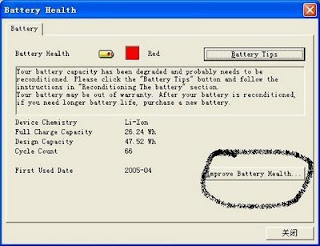 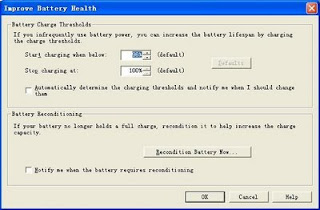 3. Click the recondition battery now，Please Note: the course of charged and discharged, don't unplug the power, the whole course will last about over one hour.

How? Have it a try. But i don't make sure the effort. Aha.

Small tips: for IBM T Series, the battery life is signed four hours, generally, it can work up over 3 hrs. Its differences can be tested in 6 cells and 9 cells ibm laptop battery pack. Try serval times in deep discharged.

By the way, if you need other laptop battery pack and power supply adapter accessories, may the website http://www.my-battery.co.uk can help u.

accessory
i love to swimming, sports, music, hope everyone to be my friends.